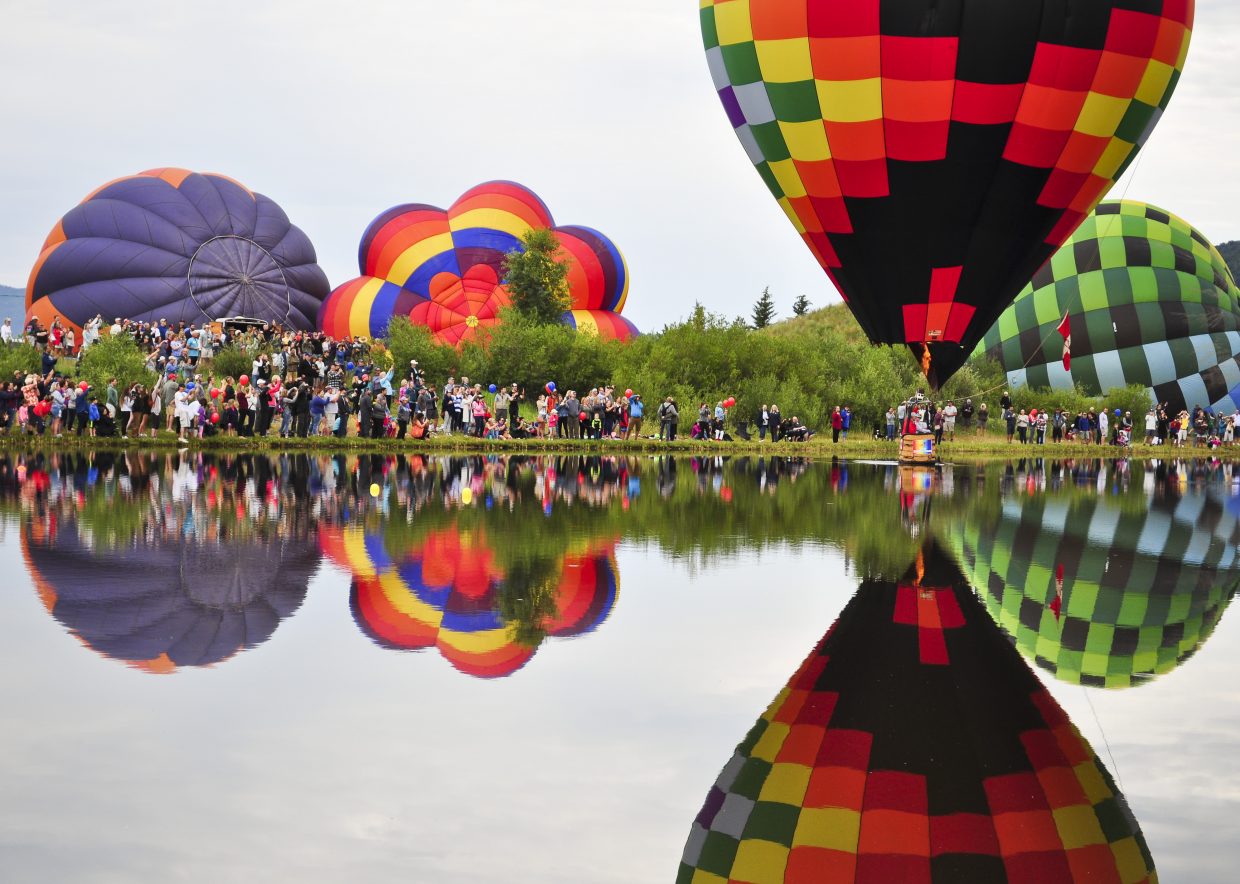 STEAMBOAT SPRINGS — The Steamboat Springs Hot Air Balloon Rodeo has a long history dating back to 1981, and now, Steamboat Pilot & Today has the opportunity to write the popular event’s next colorful chapter.

The Steamboat Springs Chamber, which organized the event for years, has handed over the reins of the festival to the newspaper.

“Events like the Hot Air Balloon Rodeo fit well into the Pilot & Today’s mission to connect our community, so we’re excited the Steamboat Chamber has entrusted us to manage one of Steamboat’s most visible traditions,” said Steamboat Pilot & Today publisher Logan Molen. “We intend to build on the chamber’s long record of success with the event by adding a few wrinkles we believe will make a great balloon festival even better.”

The move comes after the Steamboat Chamber reorganized last year to better align itself with the priorities of the community and its stakeholders and fine tune its focus on the business and economic health of Steamboat Springs and Routt County. In its new role, the chamber will act as an event liaison rather than its previous role of signature event production.

“The Hot Air Balloon Rodeo is an iconic Steamboat Springs event that brings thousands of multigenerational guests to town annually,” said Chamber CEO Kara Stoller. “We worked for months with the Steamboat Pilot & Today to ensure that they were committed to carrying on this incredible tradition for years to come. I have the utmost confidence in Logan Molen, Lisa Schlichtman and the whole team at the Pilot to not only continue the event but to breathe new life into it.”

The event’s history dates back to the early 1980s when a group of local balloon enthusiasts and pilots, including René Lipps, Mike Bauman and Joe August, started a balloon festival that became part of The Way It Wuz Days, an effort by the owners of Sheraton Hotel to draw visitors to Steamboat Springs in the summer.

Sandy Evans Hall, who worked for the Sheraton when the event started, still recalls the early days.

“The Way It Wuz Days was a two-year campaign that the Sheraton Hotel put together to put on events throughout the summer to attract people and promote the hotel,” said Evans Hall, who would go on to work for the chamber in 1986 and serve as its executive director from 2001 to 2011.

Evans Hall said The Way It Wuz Days ended after two years, and many of the events faded away, but the balloon festival continued. It was eventually combined with other colorful events, including a regatta at Steamboat Lake and Art in the Park, to become Rainbow Weekend.

The balloon festival grew through the 1980s and 1990s despite having to find several different locations for balloon launching points. For most of that time, the launch took place in the fields that lined the Meadows Parking Lot, where the event reached new heights, drawing 50 balloons in its biggest year.

Former director Tom Fox, who owned and ran Pegasus Balloons in Steamboat for 16 years, said the event has always been popular with pilots who like the box winds that can be found in the Steamboat area, as well as the large crowds that come out to watch.

The balloon rodeo now takes place on the shores of Bald Eagle Lake.

“I think for the visitors it’s just an amazing sight to be able to come and see that. If you can’t get down to Albuquerque and see that one, this is about the next best thing,” Evans Hall said. “It’s a beautiful valley and then all the colorful balloons up in the sky, so it continues to draw a great crowd of visitors.”

“The event has been known as the Balloon Rodeo because it featured competitive events for the pilots,” Molen said. “We still plan to keep those pilot competitions but are renaming the event the Hot Air Balloon Festival to better capture the scope of the fun activities we intend to deliver.”